WASHINGTON – The National Academy of Sciences said Thursday that a six-month study determined the Mexican gray wolf is a separate subspecies from other gray wolves, which recently lost their endangered species status.

Mexican gray wolves were almost driven to extinction in the 1970s, but currently number about 100 animals in Arizona, New Mexico and northern Mexico after decades of reintroduction efforts. Lumping them in with other gray wolves could have subjected them to more hunting, said Michael Robinson, senior conservation advocate for the Center for Biological Diversity.

“It’s definitely a positive for the Mexican gray wolf,” said Robinson, of the report’s findings.

But not everyone is a fan of the animal. Even in reduced numbers, the wolf is having an impact on ranchers in southeast Arizona, said Gaither Martin, executive vice president of the Arizona Cattle Growers’ Association.

“Every calf and cow lost (to a wolf) is money out of their pocket,” Martin said of ranchers. “That money goes away from their families and their kids’ scholarship funds.”

The NAS study was commissioned by Congress to look into the status of the Mexican gray wolf and the red wolf, of which there are just 24 remaining in North Carolina. The report did not consider the animals’ endangered status, only their taxonomy, and it determined that both are distinct from the generic gray wolf. 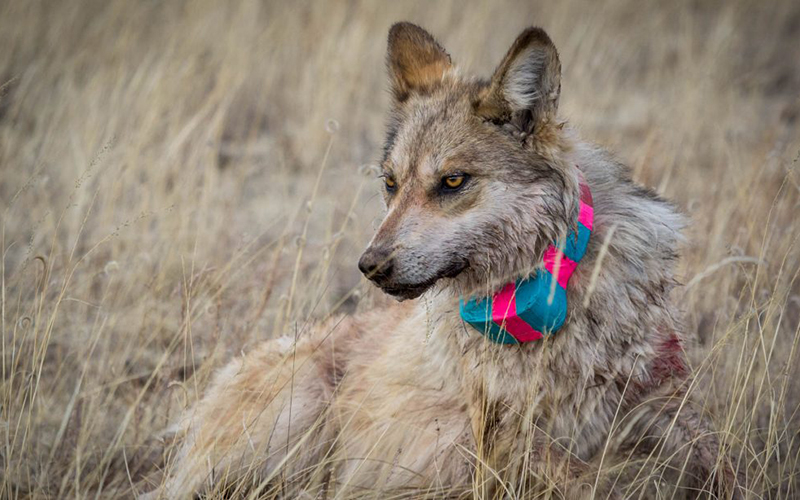 For the Mexican gray wolf, the study’s authors were directed to determine if they are “physically or genetically distinct enough to justify that status” of subspecies, according to the report.

Joseph Travis, a Florida State University biology professor who chaired the committee that wrote the report, said committee members “read everything in the world ever written about Mexican gray wolves” to reach their conclusion.

“There’s always been this concern that when you took the last few ones you found (in the wild) and bred them … who the hell were those guys anyway?” Travis said. “Were they really Mexican wolves, were they stray dogs, what the hell were these things?”

After looking at all the available data, he said the committee determined that the current population did, in fact, descend from Mexican gray wolves, and they are still their own subspecies.

“There is no evidence there is any domestic dog ancestry mixed in” with the Mexican wolves, Travis said, and “no evidence that they, in any case, hybridized with coyotes.”

“The Mexican gray wolf has, from its discovery, been considered a distinct wolf,” the report said. “Its size, morphology, and coloration pattern distinguish it from other North American wolves.”

The findings did not come as a surprise to Robinson, who said that “since 1929 the Mexican wolf has been identified by scientists as a unique subspecies.”

Although scientific methods have changed over the last 90 years, Robinson said “all of these different techniques have concluded that the Mexican wolf is, in the words of one assessment, ‘outside the range of variance’ of other gray wolves.”

But it is still a wolf, notes Martin.

Leaving tracks: The Capture of Wolf No. 1553

Not only do wolves kill cattle, he said, but cows can get so badly scared around wolves that they cannot breed. He said “good black Angus” is worth about $800 and he knows ranchers who have lost six cows this year alone. For a small operation, that can be “quite substantial.”

“Our position is we would rather not have them,” Martin said. “We feel like the wolves are a direct threat to our industry, to our producers. Bottom line we don’t see, we’ve yet to be presented a way that there’s an upside.”

Martin called it a waste of federal funds to support a species that, if it were “a natural part of the habitat here they would not need to be babysat like they are being babysat.”

“They wouldn’t need to be managed like they are being managed,” he said of the wolf’s protected status. “We will continue to fight the presence and expansion of the programs.”

Robinson has heard the same complaints from ranchers before.

“(This) was an effort, once again, with no scientific basis to try and remove federal protections from wolves,” he said of the claims that led to the NAS study. “This is what the livestock industry and their congressional allies have been attempting for a long time.”

But he said he is confident science will prevail.

“The Mexican wolf has some powerful enemies and I’m just grateful that science operates on integrity,” Robinson said.